"I work alone Monday and Sunday, my wife calls on Saturday if I can come for lunch, the Daughter tells me 'Dad, you're never home'... The workload is just too high.”

Like every impressive story, this one begins with
a hero. Our hero of tradition is in one
tricky situation: He wants to protect the baking trade, his life’s work, with all his might. He thinks back wistfully to days gone by, when he was able to open branches and make many people happy with traditionally produced baked goods. Now there is a yawning emptiness behind the counter and there are long queues in front of the branch.

In order to accomplish feats of heroism, he needs a team that
passionately supported him. But currently he is (almost) alone
before the great tasks of his traditional life’s work. 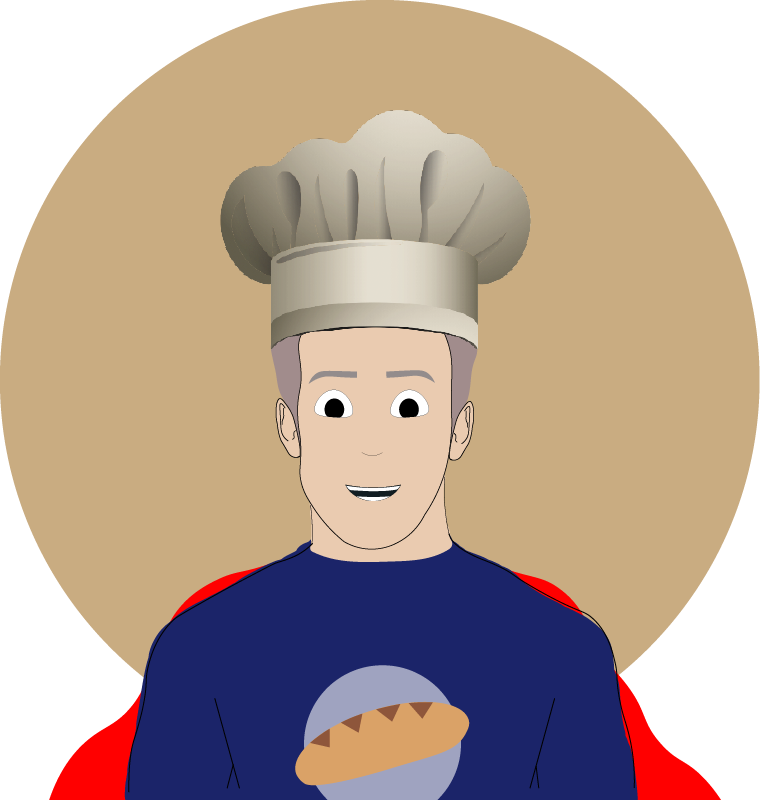 The employees of Backdigital meet him in his tricky situation. They are fans of the baking hero and rush to his aid with the digitization atlas. After he reported his personnel shortage, the helpers from Backdigital think they can show the traditional hero a way to motivated applicants. But they seem to lure him straight into a trap…

One thing is clear to him: when looking for suitable personnel, he definitely wants to avoid the monster of digitization. The hero has heard a lot about this. It devours everything that comes its way, is a time-waster and complicates the simplest things.

But the search is becoming increasingly frustrating. In the world of baking, there seems to be nobody left who wants to stand up for tradition. Instead, its rival, the faceless discounter, seems to be going from strength to strength. In his exhausting situation, he dares to take a look into the digitization gorge together with Backdigital.

There the supposed monster emerges from the shadow of the gorge. In the light it looks pretty harmless. It shows the baking hero what was previously hidden from him. A world in which the applicants stay and know nothing at all about the intention of the hero of the tradition. A few things become clear to the hero: With a new look at potential applicants through the digital possibilities, he wants to find a way together with Backdigital to new staff who want to carry the traditional hero and his work into the future. 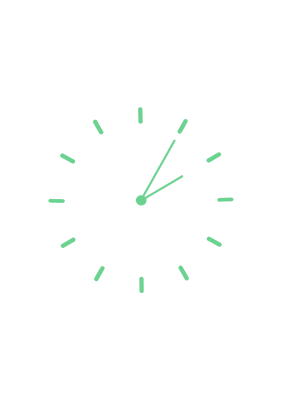 On the career page of your company

When visiting their branches

In the age of digitization, (almost) everyone uses social media today – most even on a daily basis. This gives you a significantly greater range. In addition, you have the opportunity to use different types of contributions – texts, images and videos are also used in combination in social media. If the posts are designed accordingly, the algorithm of the respective platform ensures that your posts are displayed to the qualified applicants they are looking for. Links then take them to the application or company website with just one click.

With SEA (search engine marketing) and SEO (search engine optimization), you can use the right choice of words and the option of placing ads for your posts to influence the relevance of your post for searching applicants. The most frequently used search terms of a target group are used for the respective topic. If potential applicants search via search engines (e.g. Google) for „Job Bäckerei Hamburg“, for example, contributions with the selected search terms will be suggested first. The commercial posts for the search terms are at the top.

Your career page not only shows qualified applicants which positions are currently open, but also gives the applicant an initial picture of your company and the tasks of the vacant position. And this first image is often decisive: Applicants are looking for a job that they can pursue with joy and well-being. It is therefore important that your career page contains all important information (about the working atmosphere, vacancies and the corresponding tasks, etc.) and at the same time has an attractive design both visually and in terms of text.

Visual content is perceived much faster than pure text content and thus puts your contributions in the focus of potential applicants. You gain more reach because visual content also encourages sharing of the post. In addition, they can convey many more emotions with moving images or videos than would be possible with text alone. Due to the visually aroused interest, the willingness of potential applicants to read any attached texts is significantly greater.

You used to leaf through newspapers or ask around where there were vacancies. With digitization came the fast pace of life. Posting your job advertisements online not only saves you paper and printing costs, but also saves applicants time and effort. With just a few clicks, they can see where there are vacancies for their desired job, what tasks they have to face, what advantages the company has and where they can send their application. All within a few minutes, without much effort. And with applications by e-mail, the mountain of printed applications on your desk is also eliminated.

The applications just fly in, but the inbox of your e-mail address is overflowing and you lose track – not a good prerequisite for finding the most qualified applicants among the applicants. With an applicant management software you keep track! You don’t need much prior knowledge of software for this, because it does most of the work for you without any effort on your part. The incoming applications are filtered according to the desired qualifications and presented to you accordingly – always up to date. This way you keep track of things and the applicants are happy about the quick feedback. 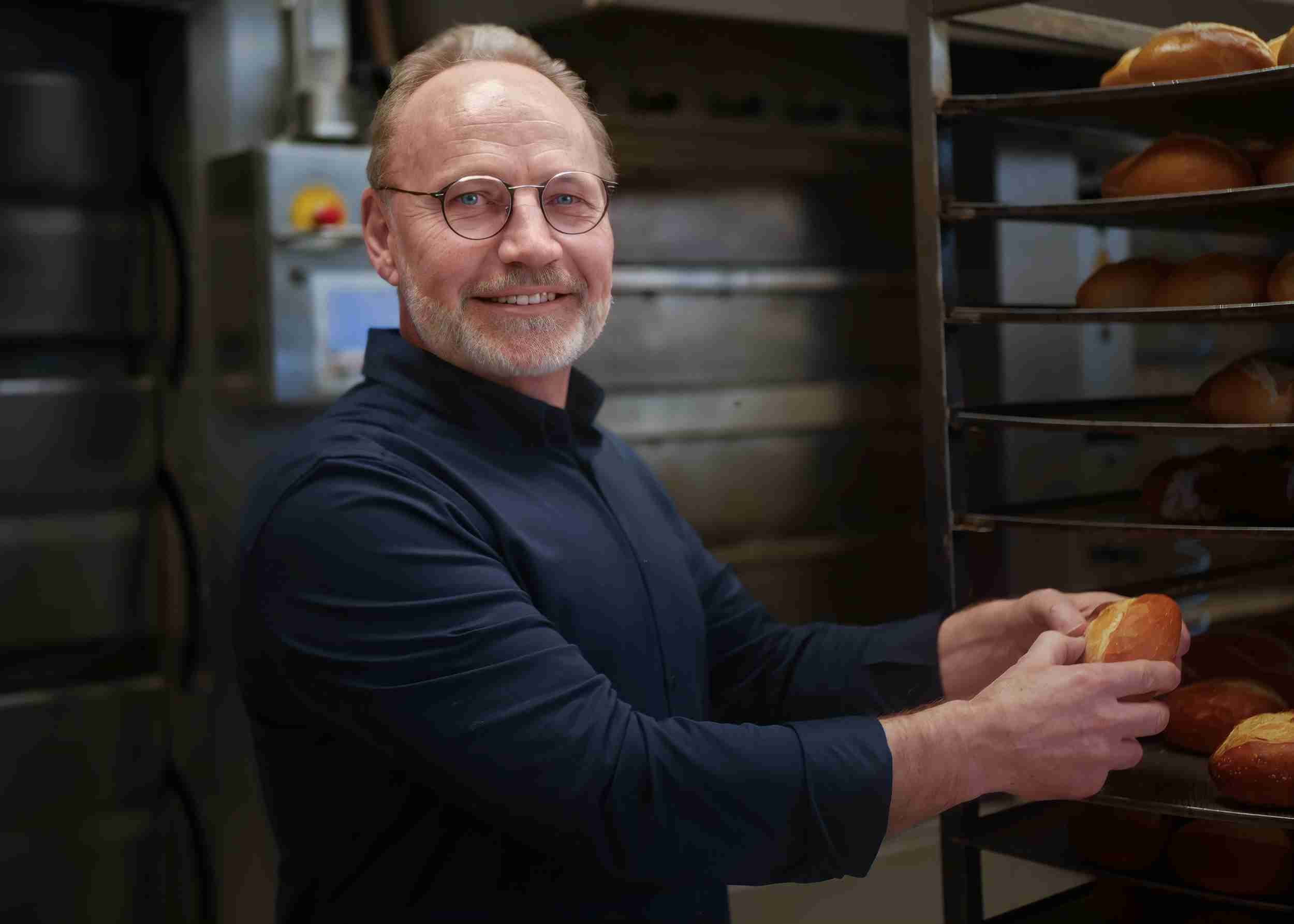 "In the age of digitization, it was becoming increasingly difficult for me to find new staff. Together with the team from backdigital, I found the perfect solution for me and my company. I have ... myself finally felt understood.”

Find the right way to apply for your life's work quickly and easily now!

Digital enough for today? Call us!

Tell us about your challenges 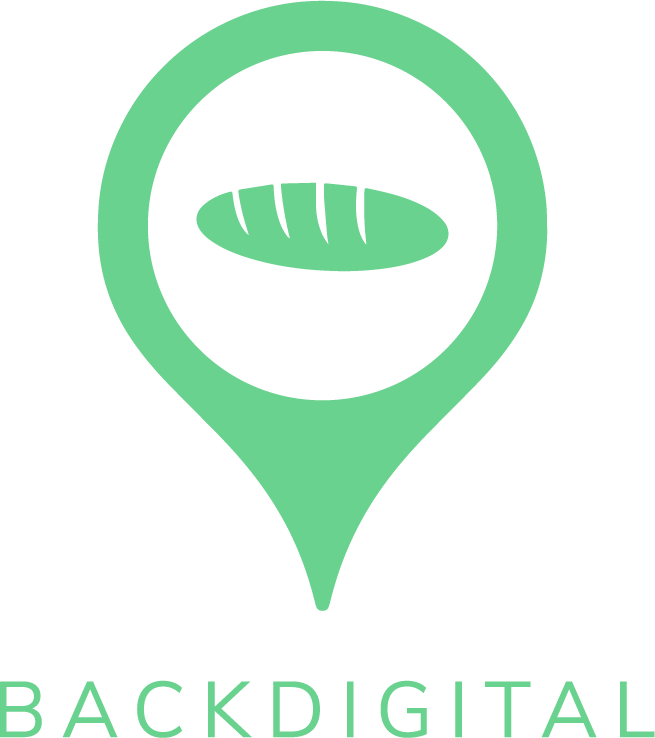